Amongst the millions of documents held at the Norfolk Record Office (NRO), those connected with probate provide an insight into the homes and workplaces of the county’s citizens. The inventory of t…

Very happy to announce that Reisecen has finally it’s own website: https://reisecen.de/
That’s right. One has no longer poke around on FB to read on their great articles 😀 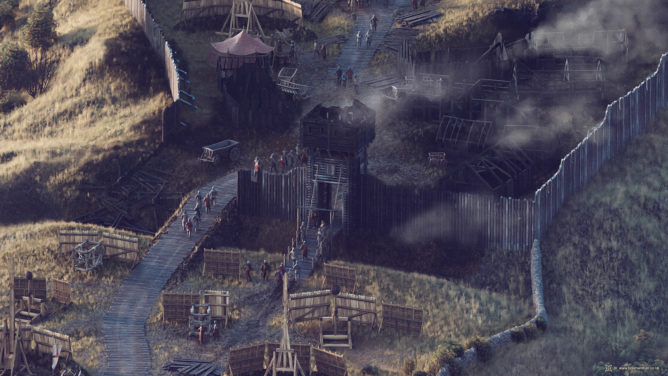 Oh wow. I’m following @Rob_Marshall for quite some time now but this one beats it all. “Wolf At The Door” is an interpretation of the siege of Stirling Castle in 1304.

There’s also a production video beside the rendered images and a lot of background information on the siege itself. Fiddling with Blender myself I’ve quite some understanding about the process involved so I can’t stress enough how freakin awesome this work is:

Grab a VR set and jump into a medieaval story. Awesome 😀

Skuldcraft was born a few years ago out of the need to create and connect with nature. Horn, bone, wood and stones come together in unique items inspired by nature, history and apotropaic magic. Whether you're looking for an everyday amulet, an altar decoration or just a lucky charm, this is the place for you.

I’m not much into jewellery myself but maybe some of my #viking or #medieaval fellows find something to their liking at SkuldCraft. The owner offers handmade jewellery and ornaments made from bones, feathers, stones and other items found in nature. I got an awesome print from this shop on my last birthday when it was only on FB. Looks like it’s also on Etsy now and has a discount going: