Visited the museum of local history in Dornstetten 72280 / Germany, that is part of the “German Timber-Frame Road”. Didn’t look like much from the outside but I was very wrong on this. It’s located in the old tithe and fruit barn of this former administrative city.

The place itself was first mentioned in 767 AD in the Lorsch Codex and became a city in the 12th century and even gained the right to hold markets later on.

The museum stretches over three floors of the two restored barn buildings and has a lot of stuff from various periods on display. So much can be seen that it’s opening times of just 2.5h are simply not enough to take a closer look at everything.

The medieaval part is – as usually – of more interest for me but I really enjoyed the other displays as well. Especially since we were basically just 3 visitors so we got an extended tour with lots of background information for free. Well, I donated some money later, of course 🙂

I was especially happy to find my holy grale of cities in the 13th century on display: Stadtluft, Hirsebrei und Bettelmönch (ISBN 978-3806210590). 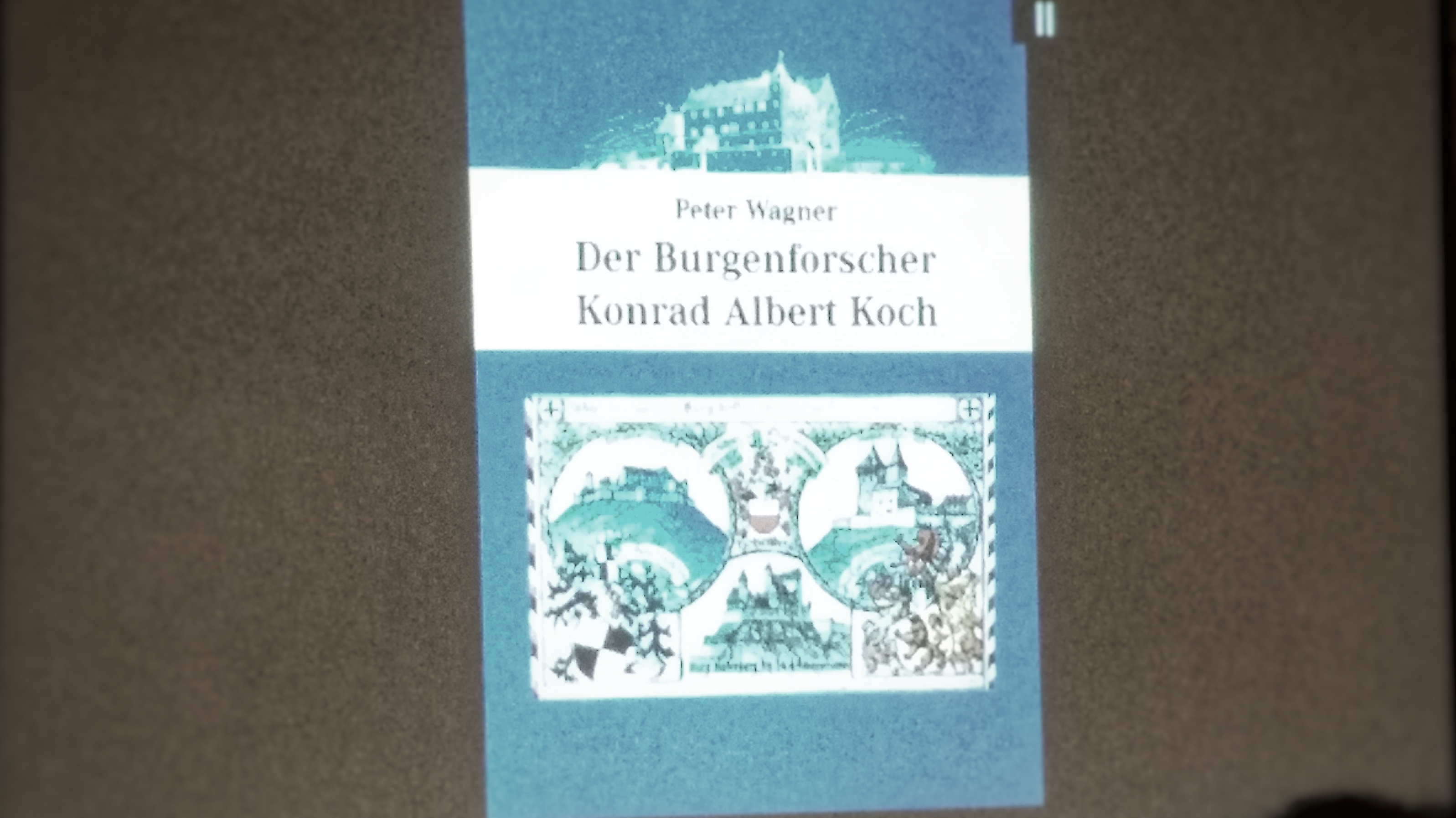 Visited Dornstetten 72280 / Germany, that is part of the “German Timber-Frame Road”, for a lecture about Konrad Albert Koch held at the museum of local history (and that’s worth another visit).

Koch was an artist who lived from 1869 to 1945. He spent most of his life travelling to dozends of churches in the area to restore or paint various frescous and paintings. Not much of his work is wildly known but since a common scene on all of his pictures was discovered more and more work of him shows up nowdays.

We learnt all this from the speaker Peter Wagner, who invited to the lecture. A lot of the work of Koch can be found in his book “Der Burgenforscher Konrad Albert Koch” (The castle researcher / ISBN 978-3920801-93-3).

The more important part for us however is that Koch also started to paint castles and keeps – or what was left of them. Over time he got such a good understanding of medieaval structures that he started to draw castles how they might have looked like based on excavated ruins. People began to show up and helped to dig whenever Koch was in the area and his drawings became very popular. And they still are, in fact. Many of his pictures are still used to show how castles looked like on various historic sites.

And here is an interesting fact: Many of the castles and keeps were virtually recreated again using modern high-tech and latest archaeological insights. And many look very close to how Koch imagined them back then. And that’s from a time when the railroad was still on the raise and the choice of travelling was to trek or walk.

The pictures are from the beautiful market place of Dornstetten where we spent some time waiting for the beginning of the lecture.

Catalogue on the occasion of the same named special exhibition in the Deutsches Klingenmuseum from 26th September 2015 until 28th February 2016.