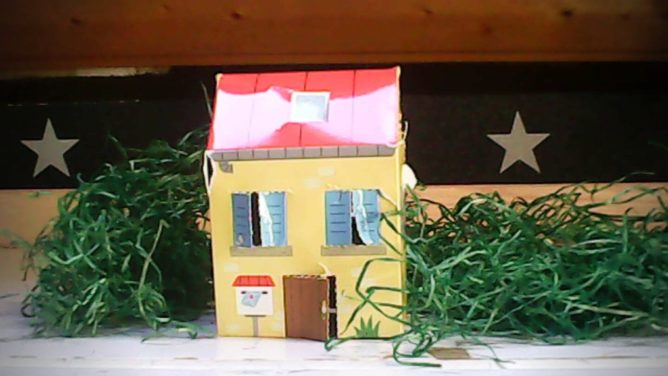 The little one (7) saved for a new toy camera. After doodling around with the camera she mentioned wanting to make “movies” so I gave her a little tripod and suggested to go for a Stop Motion one. She listened to the overall idea and vanished in her room. A day later I was presented with a SD card full with over 300 pictures of one scene each carefully adjusted over the course of three hours.

I’ve to say I am really impressed with what she achieved here on her own just by listening to some ramblings of mine and fiddling with that toy camera, that sadly is not even able to write legit JPG images so they couldn’t be used as input for ffmpeg to make a movie out of the sequence. ImageMagick had my back though converting the faulty images to PNG and with two lines of console commands we managed to produce a movie she can proudly show her friends now:

Of course she asked for an audio / voice-over next. Should have seen that one coming xD