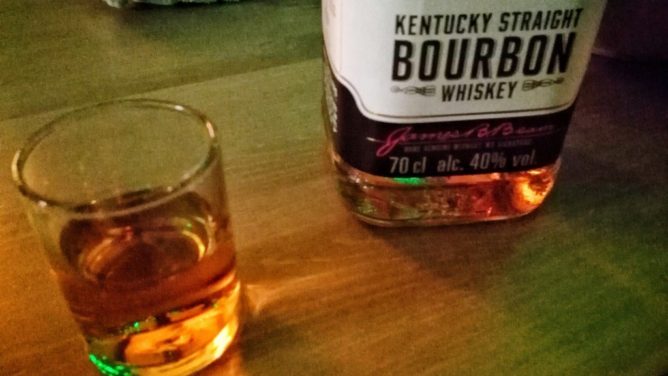 While checking some very old backups of mine I stumbled over some really old HTML files. Turns out they are old websites of mine – including my very own that apparently went live on the 23rd June in 2000 on the free hoster FortuneCity.

For a quick recap: In 2000 WordPress didn’t exist yet, webspace and bandwidth were costly and a database was an extra you had to pay for. People wrote their websites in very unique styles and ways and many started out doing so at all. SelfHTML was my browser “home” for months.

Back then I went with the nick DukeBernd, or Duke for short. It still shows in various domains and mail addresses of mine but was soon replaced by beko, that was not only shorter but also way less popular and also holds parts of my real name (and that was actually never a secret by the way).

While learning more and more on HTML I also started with Warhammer 40k tabletop and LARP. As a student I obviously had all the time of the world. The website changed a lot in appearance during the early days and yes I had it all, animated gifs, blinking text, under construction signs and… browser requirements. Here some more screenshots for [y]our amusement from 2000 to 2002:

Hosting changed also all the time. There was a brief episode with Crosswinds but the roundtrip was awful and the website was slow to a point that images stopped loading so I was quite happy when my school started to offer some tiny amount of webspace that I used to offload most of my images – mostly drawings – as some sort of handicraft content distribution system. I had also various domains pointing to intro and landing pages. It was a huge mess and most are dead by now and I only kept the current .net domain.

This was also about the time when I came in contact with Linux, as you can guess from the next screenshot showing a design I was quite happy with and went with for years to come.

While most of this is offline nowadays some of the LARP articles survived but I had no desire to migrate ~400 hand written HTML files (no frames) about Warhammer into a CMS some years later. My drawings are also best forgotten 😉

In 2004 I migrated to 1&1 hosting with a database. That was a goal for years and I could finally afford to pay for this. Soon I discovered this brand new content management system called WordPress and started learning PHP.

This changed everything since the idea of dynamically assembled website code was totally new and alien to me. I dived into what is nowadays known Full Stack Development and as usual my own website and various projects became the playground.

A lot has happened since the early beginnings. I finished formal education, ditched Windows, became that Linux Jack, started working on T3 vans, emigrated to sweden [and back 🙁 ], visited places with my van, worked as driver, distributor and postman until I eventually went back into tech settled down, married and forked/got two children. Who would have guessed.

And it’s all here – mostly. There are some holes thanks to social networks and forums that raised and vanished again taking heaps of bits written with them.

I got takeouts of most of such silos before they vanished but sorting this and migrating it back into my own blog is quite a burden. Still I do so on occasion and on days like this I’m happy for the extra work. It’s the satisfaction of looking back on my own life, having it all in one place. Like a diary. It’s just not as private as a diary but it brings back the memories just the same.

This blog survived twenty years unlike e.g. Google+ and there is still the occasional visitor sent here by an old forum article or by search engine looking for some info or image. And I happily serve. Fixing dead links or wrong wording and re-uploading articles and images in better resolutions as I find them.

Blogging ain't dead. This is my story of running a blog for 20 years

Blogging ain't dead. This is my story of running a blog for 20 years